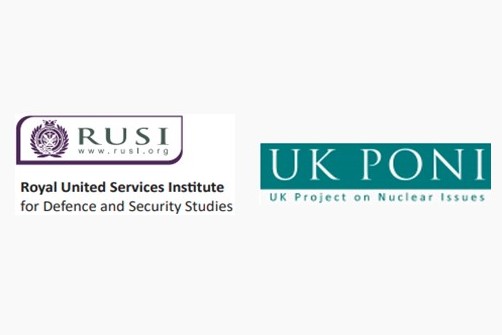 Company Director, Thomas Davis , was invited to discuss on the topic of Russian nuclear exports in the global energy market at the annual Royal United Services Institute for Defence and Security Studies (RUSI) conference for the UK Project on Nuclear Issues (PONI), as discussed in a previous news update. The follow up paper titled ‘Could Generation IV Nuclear Reactors Strengthen Russia’s Growing Sphere of Influence?’ written by Thomas Davis has been published in the annual RUSI UK PONI 2019 papers.

For any country seeking to build new nuclear power stations, there is only one player currently offering a complete package; Rosatom., the Russian state-owned nuclear utility company. Rosatom provides a full service that includes the design, commissioning, building, operation, decommissioning, provision of training to regulators and engineers, provision of solutions for nuclear waste, and provision of full financial packages. In other words, Rosatom provides a product that covers the whole nuclear fuel cycle. The United States, United Kingdom, France, South Korea, Japan and China are not prepared to offer such a complete nuclear export package.

The sphere of influence that Russia is building around the Eastern European, Middle Eastern, and Asian countries through their deployments of nuclear reactors should be cautiously analysed. Furthermore, if we investigate long-term nuclear development, Generation IV nuclear reactors will become the dominant technology for energy production. Russia has aligned itself to be the main player in the research, development, and innovation behind such designs, which will allow it to become a pillar in the global nuclear export market.

The publication explores how Russia’s nuclear export strategy could enable a diplomatic advantage, as the Russian nuclear power stations offered will operate for at least 60 years. For the first time, this talk will discuss how we are on the cusp of observing Russia’s bleeding edge research in Generation IV nuclear reactors; the result of this could enable Russia to become a significant influencer in geopolitical issues via its deployment of these Generation IV reactors over the next 50 to 150 years.

The Royal United Services Institute (RUSI) is the world’s oldest and the UK’s leading defence and security think tank. Now its ninth year, the RUSI UK PONI Annual Conference is the premier national forum for the nuclear policy community to consider salient issues in the field and promote the emergence of a new generation of expertise in academia, industry, government, and the military.

Davis & Musgrove Ltd develops novel technologies for fusion energy, holds expertise in advanced nuclear energy, and supports the defence industry. We also provide technical and regulatory-based consultancy. We are expanding at a fast pace in the energy and defence sectors. Through collaboration with industry, academia, and government, the company has expanded into patent and product development in fusion technology, as well as expanding its services into defence & energy strategy.

Please do get in touch at [email protected]